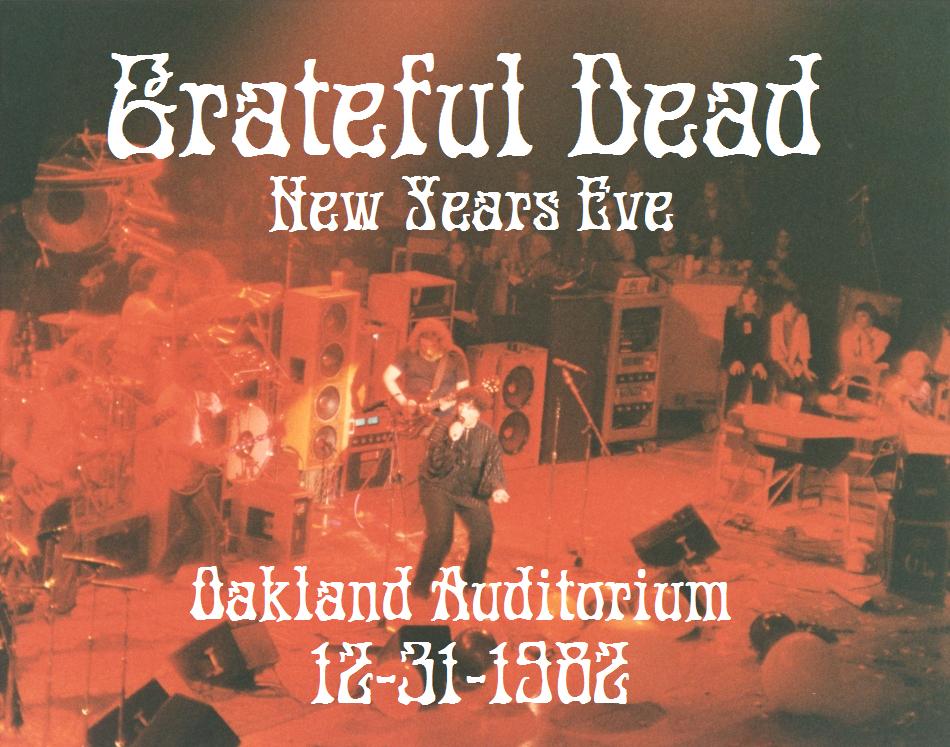 Sugar Magnolia-> Sugaree-> Women Are Smarter, Ship of Fools, Playin' In The Band-> Drums-> Not Fade Away**-> Deal**-> Sunshine Daydream**

Turn On Your Love Light*-> Tell Mama*, Baby What You Want Me To Do*, Hard To Handle*, Midnight Hour*, E: Brokedown Palace

If you go to the Archive you will find soundboard sources, and in the comments you will see people saying there was a better source without the "dropouts" and there is a tape with some audience sound that sounds better, with Jerry up in the mix. This is from my FM source and has those features, a better mix (Jerry more up front), no dropouts of Etta's voice. I feel it is superior to the soundboards in circulation.

Reviewer: the total package - favoritefavoritefavoritefavoritefavorite - March 10, 2018
Subject: Best way to spend a NYE
My first New Year's Eve show, and it was a dandy! Solid song selection, lots of energy through the entire show. Third set had Etta James and Tower of Power horns along with the boys. Check out Lovelight, and the midnight ring-in with Sugar Mag.

Reviewer: Mark Scalise - - December 31, 2011
Subject: Yep, this is how I remember it
The Miller SBD certainly wins for crispiness, but I also prefer this mix by a longshot.

Reviewer: high flow - favoritefavoritefavoritefavorite - August 13, 2011
Subject: Yes, this is the way the tape sounded.
It's grittier and funkier than the SBD capture. The SBD remasters here at LMA are brilliant and, perhaps, this version could stand some "work". Overall, however, I find this recording to be more pleasing to the ear.